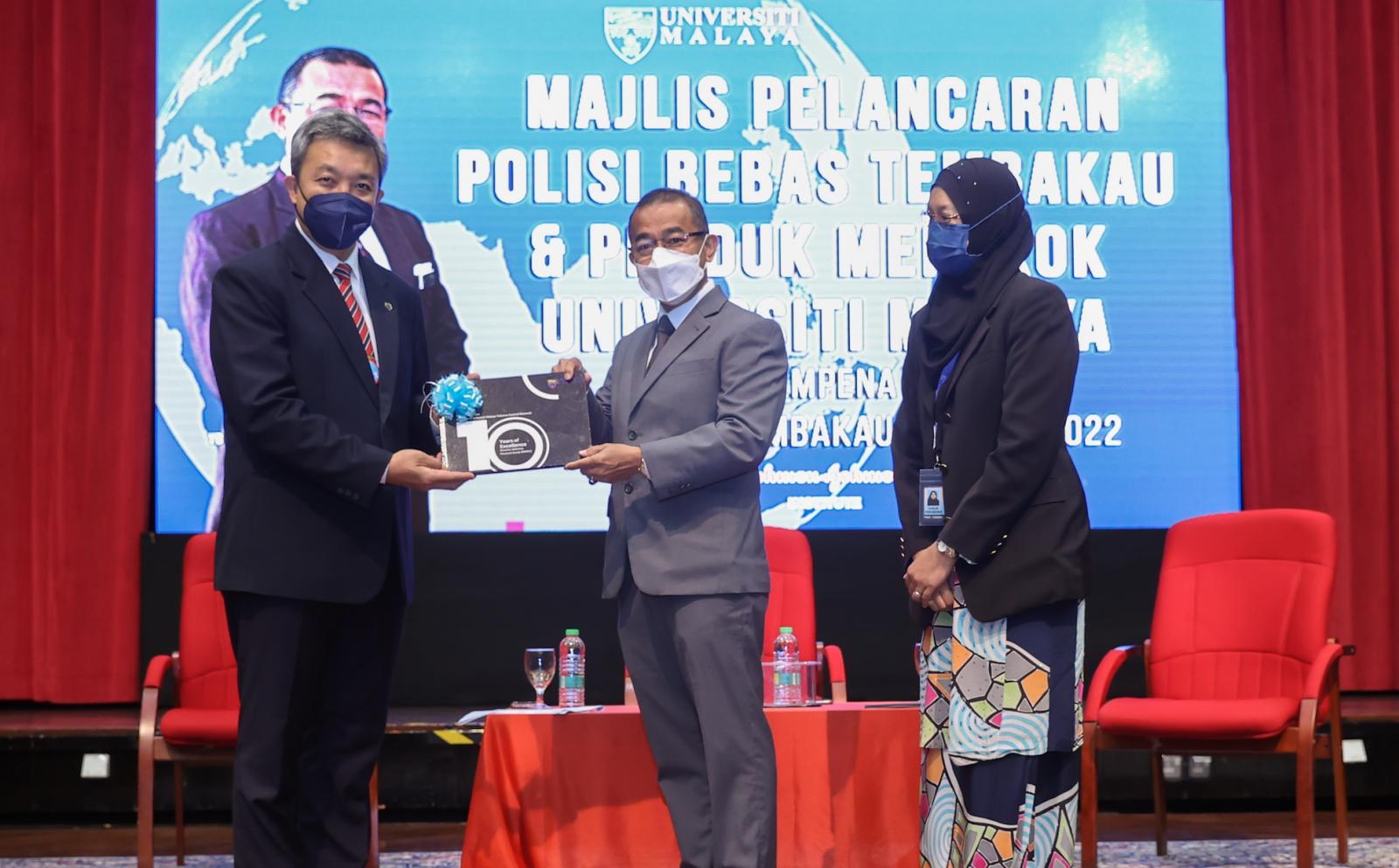 In line with the new Tobacco and Smoking Control Bill slated to be tabled in Parliament next month, Universiti Malaya (UM) has become the country’s first public varsity to introduce a “comprehensive” tobacco-free policy on campus.

UM vice-chancellor Prof Dato' Dr Mohd Hamdi Abd Shukor said smoking on campus has been banned since 2004 but there is now a need for a more comprehensive tobacco control policy which not only bans tobacco, but also the use of all types of smoking products.

“It is our responsibility to protect the health and well-being of everyone on campus by ensuring that our environment is clean, healthy and free of all forms of smoking products including ecigarettes – which research has shown to be dangerous for health,” he said, adding that the country’s oldest varsity is committed to implementing the new policy for its holistic development, and the benefit of its students, staff and visitors.

Formulated by a task force led by UM consultant public health physician Assoc Prof Dr Farizah Mohd Hairi, the policy, which is aligned with the Malaysian Food Act 1983 and the Control of Tobacco Product Regulations 2004, also requires that the smoking status of new students and staff be documented and the individuals referred to quit smoking clinics.Work on the policy, said Dr Farizah, had been initiated by the varsity’s Nicotine Addiction Research & Collaboration Group (NARCC) over a decade ago.

“Although the task force was set up in November last year, this policy is a culmination of years of research by the group,” Dr Farizah said, adding that the policy includes cigarette smoking and any smoking devices such as electronic cigarettes and heat-not-burn tobacco products.

Launching the policy in conjunction with World No Tobacco Day (WNTD) on May 31 was Deputy Health Minister I Datuk Dr Noor Azmi Ghazali, who reminded parents to set a good example for their children.

“Some parents get their children to buy cigarettes for them so don’t be angry if your kids follow in your footsteps,” he said, adding that the rising popularity of smoking products like ecigarettes is worrying.

“Children puffing away in front of their parents is rude and disrespectful. As a parent, I am sure you would be worried to see your kids sucking on pen-like devices that are actually ecigarettes.

“It is not that they don’t know it’s bad but because they are addicted, they just cannot stop,” he said, lauding the varsity for its seriousness in wanting to shield the future generation from the negative effects of smoking and in helping students who want to kick the habit.The half-day event held at UM, which included a forum, a poster and an essay contest for primary pupils, and an exhibition, saw the participation of pupils, parents and tobacco control advocates," he said.