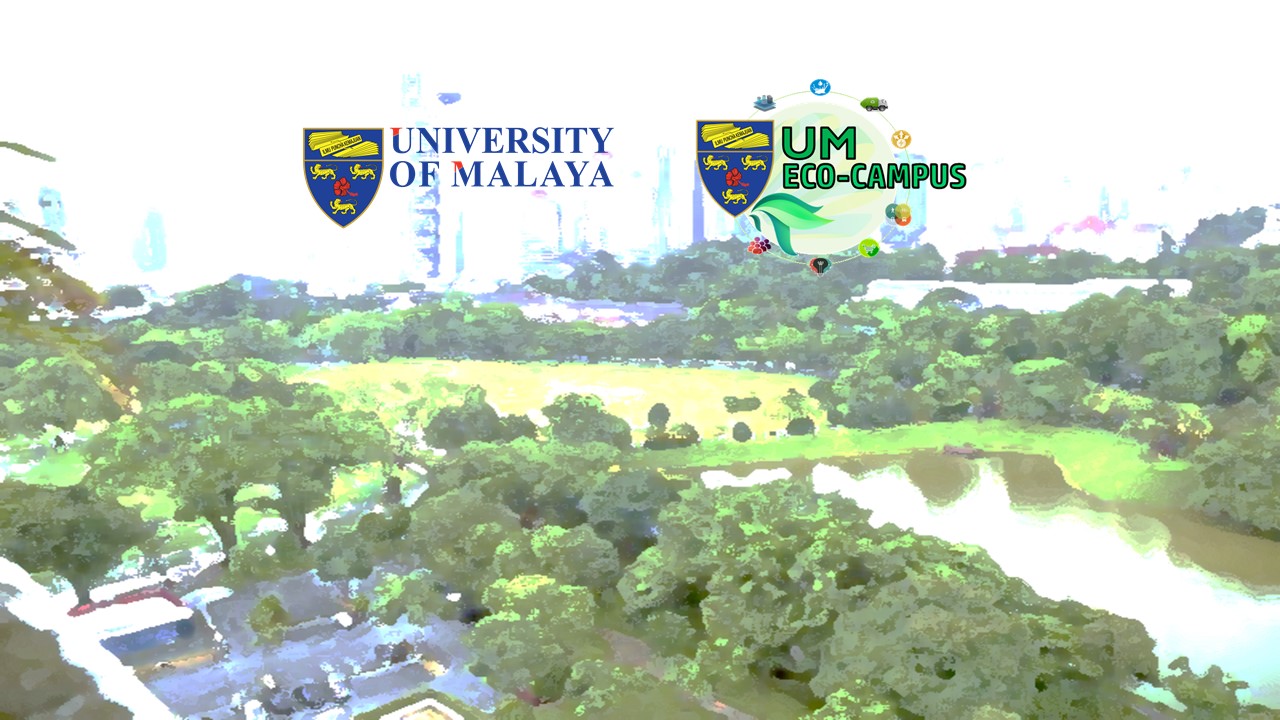 UI GreenMetric is an annual world university ranking system focusing on the current condition and policies related to green campus and sustainability in universities all over the world. University of Malaya bags the 36th World’s Most Sustainable University in Universitas Indonesia GreenMetric World University Rankings 2018 with overall score at 75% (that shows a 12.2% improvement as compared to 2017 achievement). This year, total number of participating institutions have increased by 100 institutions which made up a total of 719 members (a 16.2% increase from 2017). 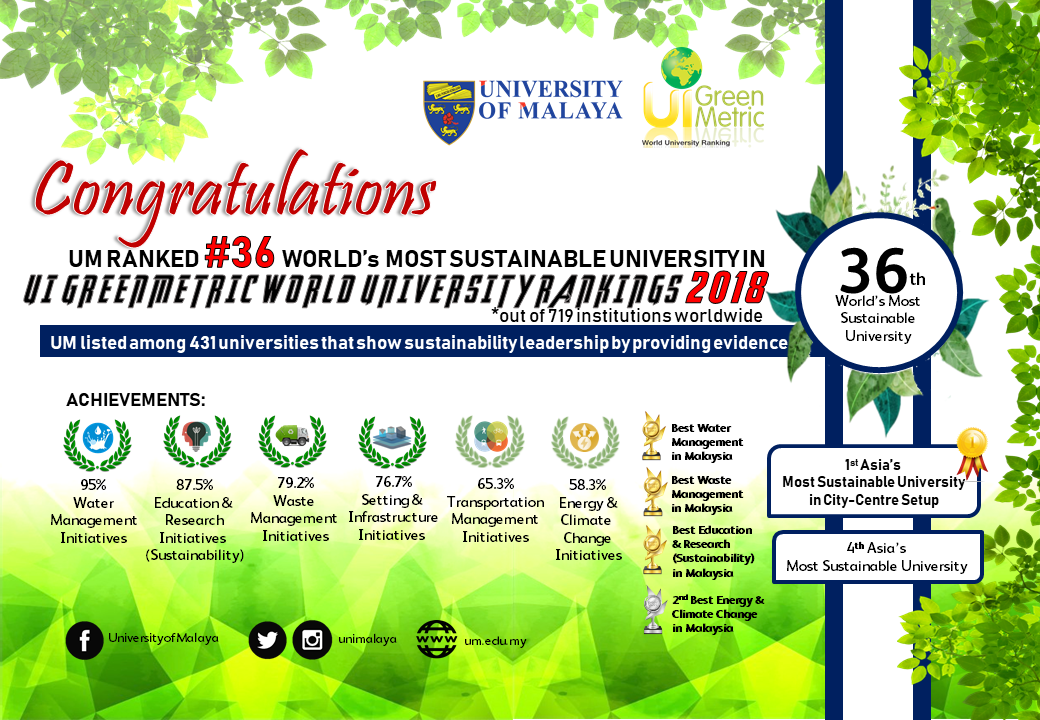 UM Eco-Campus initiative aims to develop a novel campus-wide sustainability framework with direct support from the University of Malaya Living Labs’ outputs, which contributes toward minimizing harmful environmental impact in campus especially by decreasing the amount of carbon emission, to bring UM with another leapfrogging record to be as one of the leading eco-friendly campuses in Malaysia and in the world. UM Eco-Campus initiatives covers mainly, but not limited to, the grounds of University of Malaya’s main campus of 803.63 acres.

The initiative has transformed UM’s 800.63-acre campus, along with University of Malaya Medical Center (PPUM) 42.7-acre land, into a ‘living lab’ for translational-and-action research projects in wide-spectrum of green initiatives. Hence, UM Eco-Campus via UM Living Labs is the first project of its kind in UM and in Malaysia that enables the integration of Research & Development, demonstration and deployment of sustainability solutions on the grounds, promoting multi-inter-and-transdisciplinary research, and befits the need of community for a better campus environment.

Launched in 2016, UM Living Labs is now in its second cycle, where solutions are applied on a larger scale throughout the campus. It has already seen more than 4,750,000 kg CO2 Green House Gases (GHG) emission been reduced on which the amount of indirect monetary gains from these collective initiatives surmount more than RM 461,611.95 as of a one-year progress.